“The scale of mattress waste in Scotland is staggering, with close to three quarters of a million mattresses disposed of in Scotland each year.”

“We understand that less than 1% are being collected for recycling. That represents a huge waste of the materials and labour that went into making those mattresses in the first place, as well as a lost opportunity to recover valuable materials such as steel and natural and synthetic fibres that could be reprocessed into new products and materials.”

What’s more, the planet-heating gases generated in the production of mattresses that were disposed of in Scotland in 2017 were equivalent to those emitted by 25,000 cars driving on our roads for a year – or more than 7,000 flights around the world.) 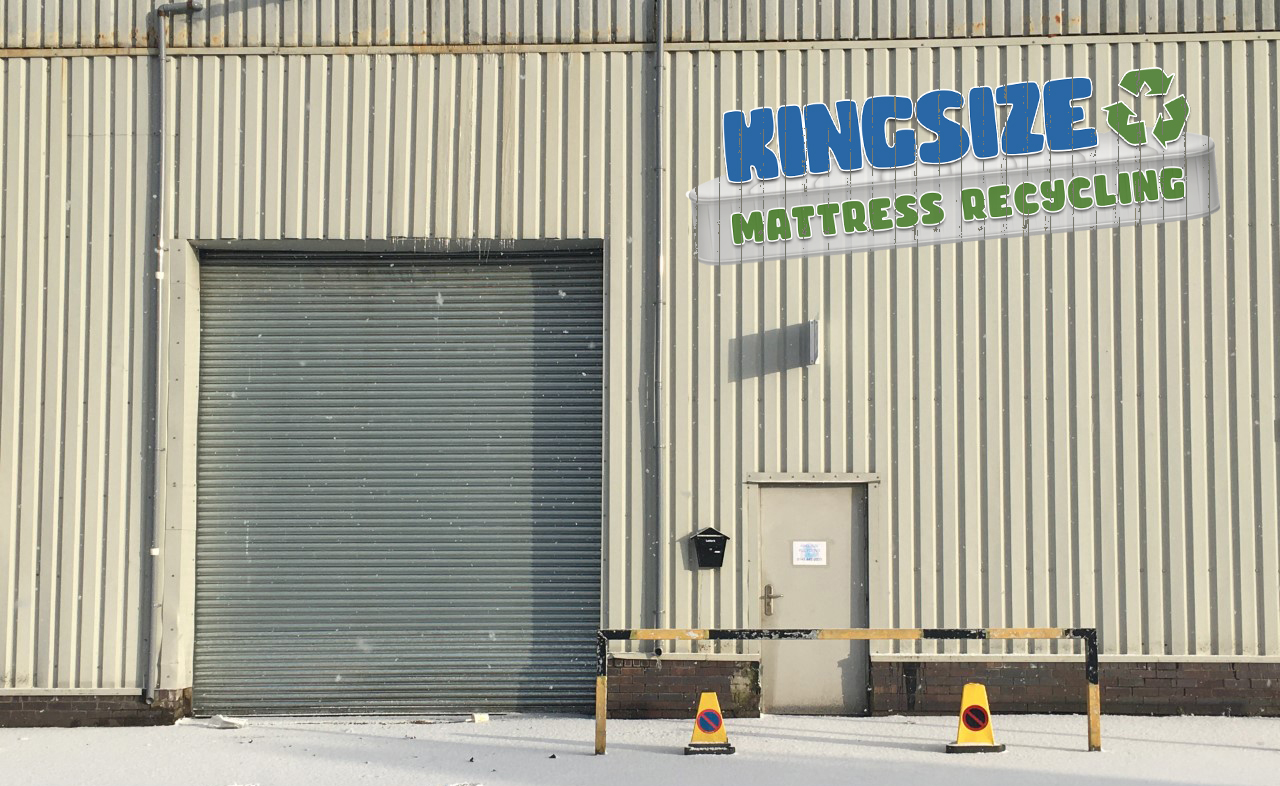 We went to a Glasgow address for a mattress pickup where the customer was returning home to America and she requested an uplift of a super king size mattress and metal bed frame from a flat in Glasgow.

The customers flight was leaving early in the morning so she was still using the bed the night before collection. She left the key to her empty flat with her neighbour for us to enter to remove and dismantle the bed frame, mattress and bedding. An unusual request for us but all in a days work for King Size Recycling.

Fabulous speedy and reliable service. The ladies in the office were super helpful and lovely as were the guys who picked our mattresses up! Recycling and no more landfills…what an amazing idea! I’d highly recommend using these guys! ⭐️⭐️⭐️⭐️⭐️

If you have recently purchased a new bed and are struggling to find an eco-friendly way of disposing of your old one, we can help!

If you are a mattress manufacturer, a retailer of beds, a hotel chain, housing association or a local authority, we can help!

What Should I Do Now?

Click the button below or call 0141 442 0320 for a free no obligation quote. If you’re happy with the quote, you can book a pick up for a time slot that suits you.

We at King Size Recycling commit to converting  bulky mattresses to renewable products.

Our process promotes a full circular economy meaning every part of your old mattress can be used in some way to prevent any waste going to landfill and work towards a sustainable future.

Ask us a Question